An Orkney Essay
by
Gareth Wardell

We're honoured to have with us our friend, Scottish writer and filmmaker Gareth Wardell.

Gareth has become part of the story of Orkney's Italian Chapel, and he has other interesting Orkney connections, as well.

A BBC filmmaker comes to Orkney

Orkney did not feature until mid-life in my globe-trotting vocation. I think it must be like that for lots of tourists.

My introduction to Orkney was through the sparse prose of George Mackay Brown’s short stories, the music of Peter Maxwell Davies, the adventures of hunter Thomas Smith Leask, and the exploits of John Spencer Login.

Until I discovered master cartographer and explorer, Dr John Rae, I assumed all Orcadians, born there or settled there, had three names. 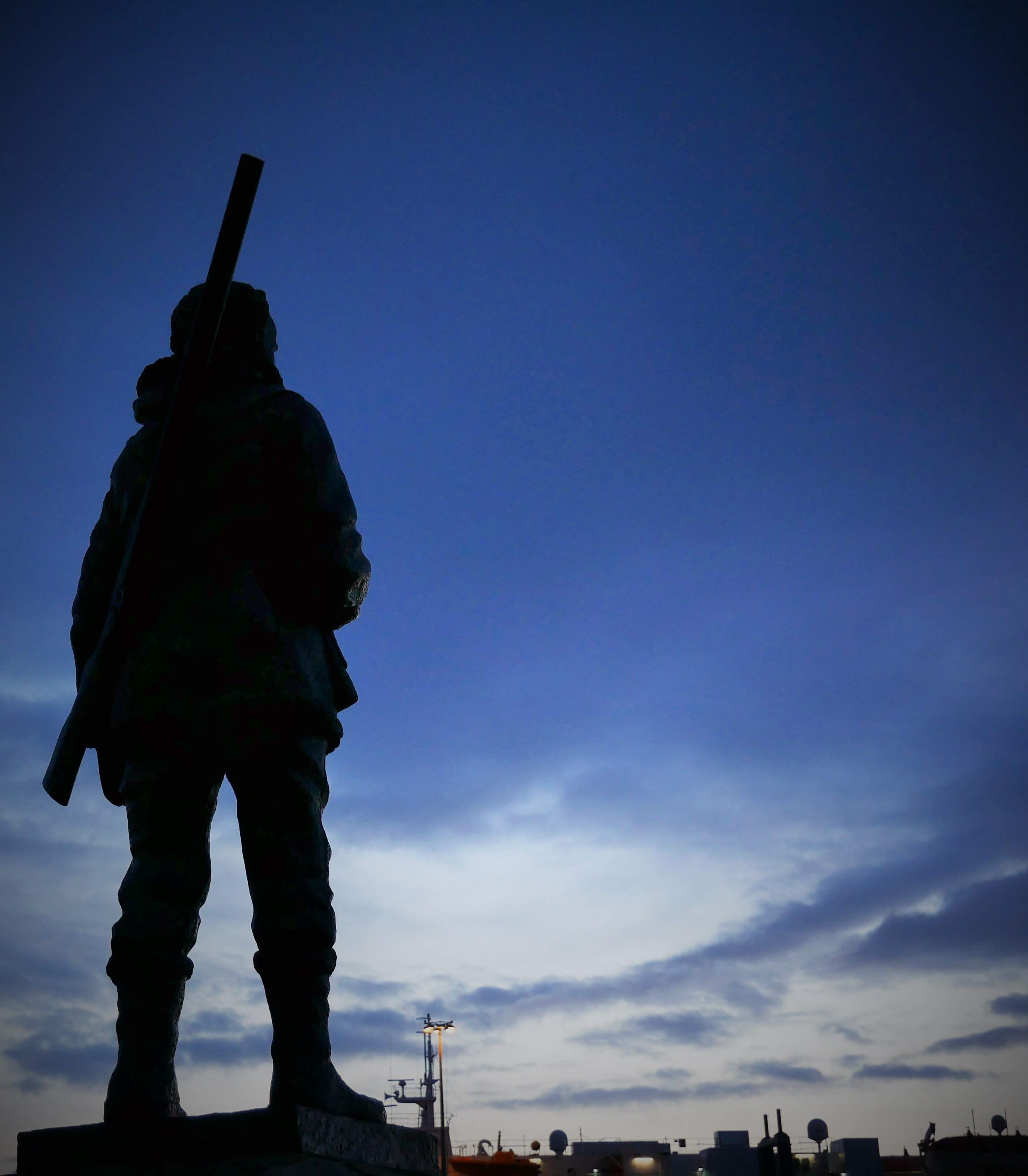 My first excursion was on the expense sheet of BBC Scotland. I was there to look over the Italian Chapel in Lamb Holm for a documentary.

Contrary to warnings of dystopian days, and advice to take knee-high wellington boots and snorkels, skies were cerulean blue, the sun smiling.

Sheep grazed contentedly in verdant fields, a green like no other, and heat haze shimmered off flinty bog cotton pools. I would not have been surprised to see frogs do cartwheels. 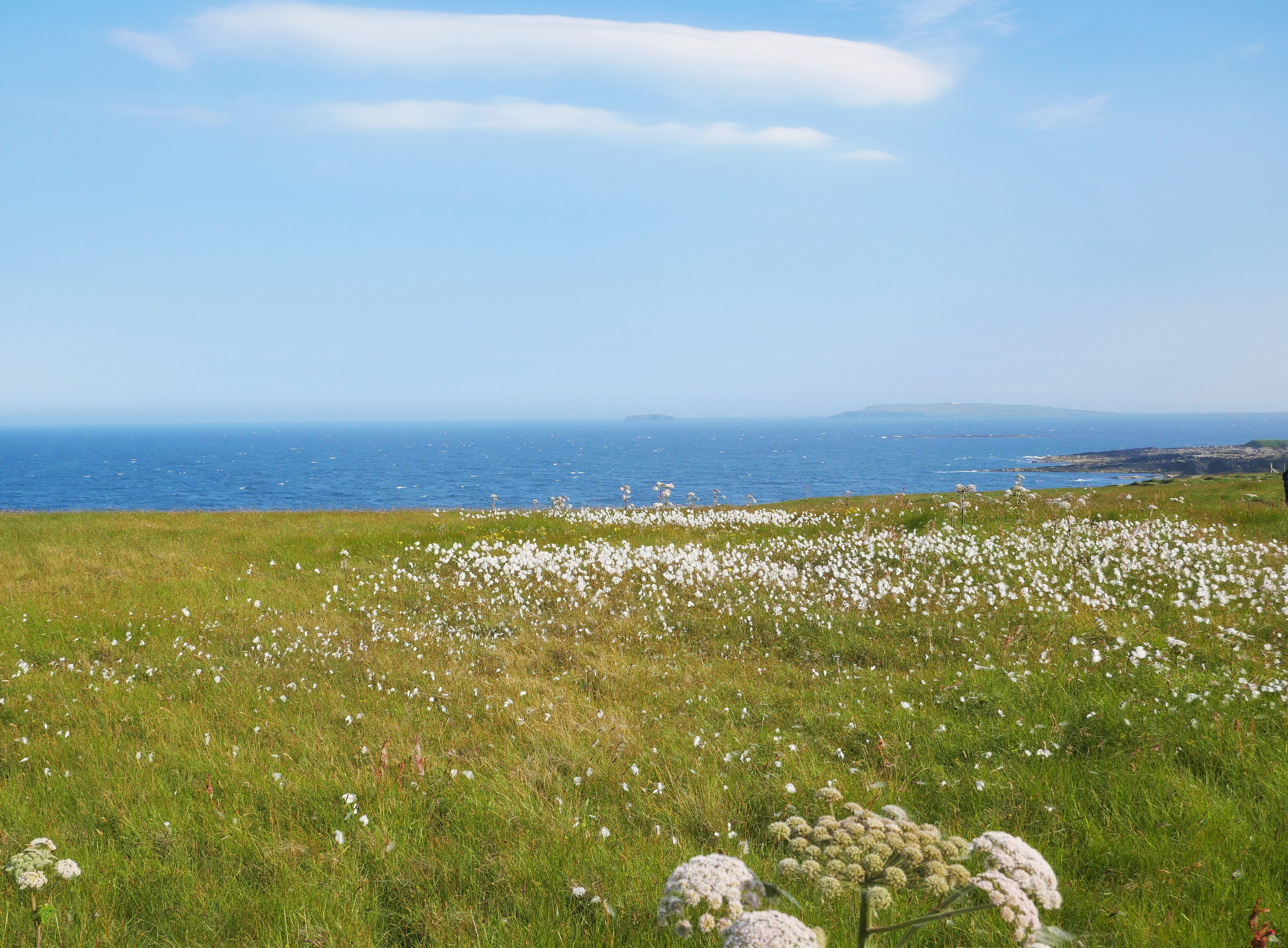 The BBC decided I was the ideal candidate to write and direct a documentary on the Italian Chapel. Half-Italian from my Sicilian father gave me the trust of former Italian prisoners of war sent to Orkney, my Scots mother signalling I might accept a cheap budget.

The corporation was right on both counts.

I was mildly apprehensive about the project. Only one of the seven elderly prisoners I brought together for their anniversary spoke English and my Italian just about stretched to ordering a pizza.

The sombre group were led by Coriolano Caprara - I knew him as Gino, a genial, intelligent man who looked every inch a local magistrate in a corner of Naples than ever a prisoner of war.

He had enough English, and I enough Italian, to interpret the sophistication of Italy’s unique hand gestures. 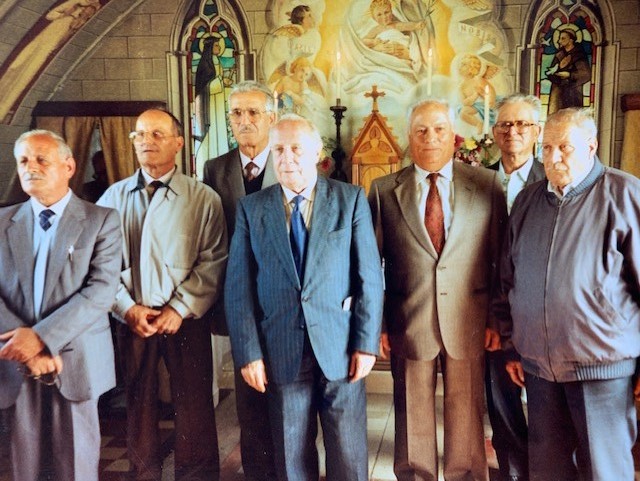 Too infirm to travel, the painter who had done so much to transform two corrugated tin Nissen huts into a prime trompe-l’œl shrine of Italian faith, Dominico Chiocchetti, gave up his place to a comrade to visit the chapel and old Orkney friends for the last time.

And so my modest BBC fee was used to pay film crew and my trip to interview him in his studio home in Moena, north Italy. 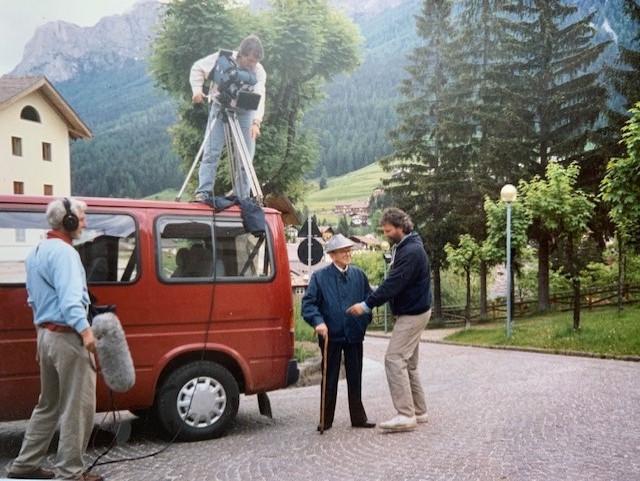 Thus, both of us did what artists do - make sacrifices for our art. 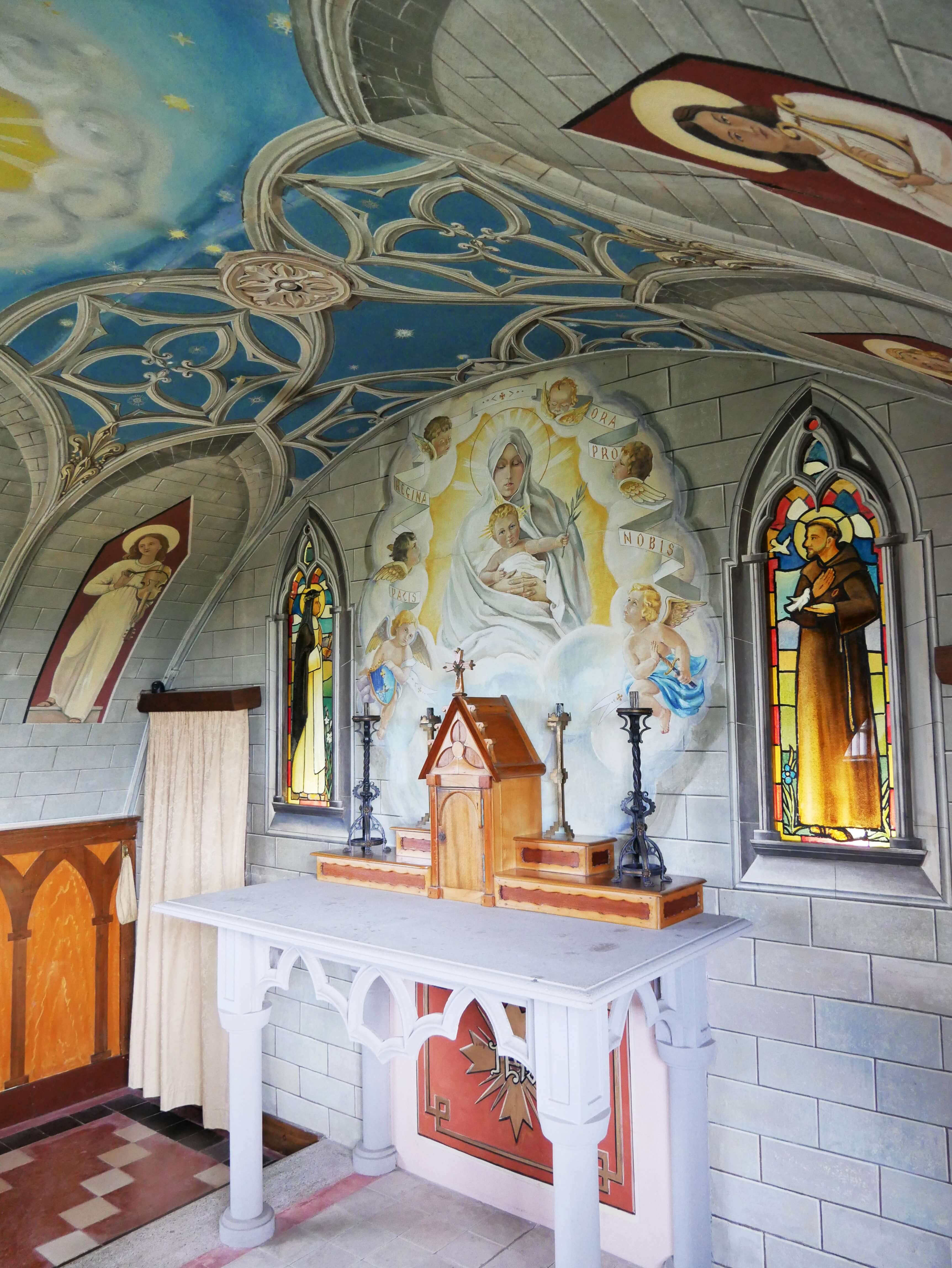 Winston Churchill, then prime minister, a colonial who disliked anything he considered un-English, ordered the ‘untrustworthy Italians’ defeated in the North Africa campaign to be transported to Scotland.

Some like my father built prisons. Some were sent to Orkney, cheap labour, to build sea barriers, now roads, barriers sunk between islands to block the travel of Nazi Germany’s submarines on their way to sink British ships in Scapa Flow. 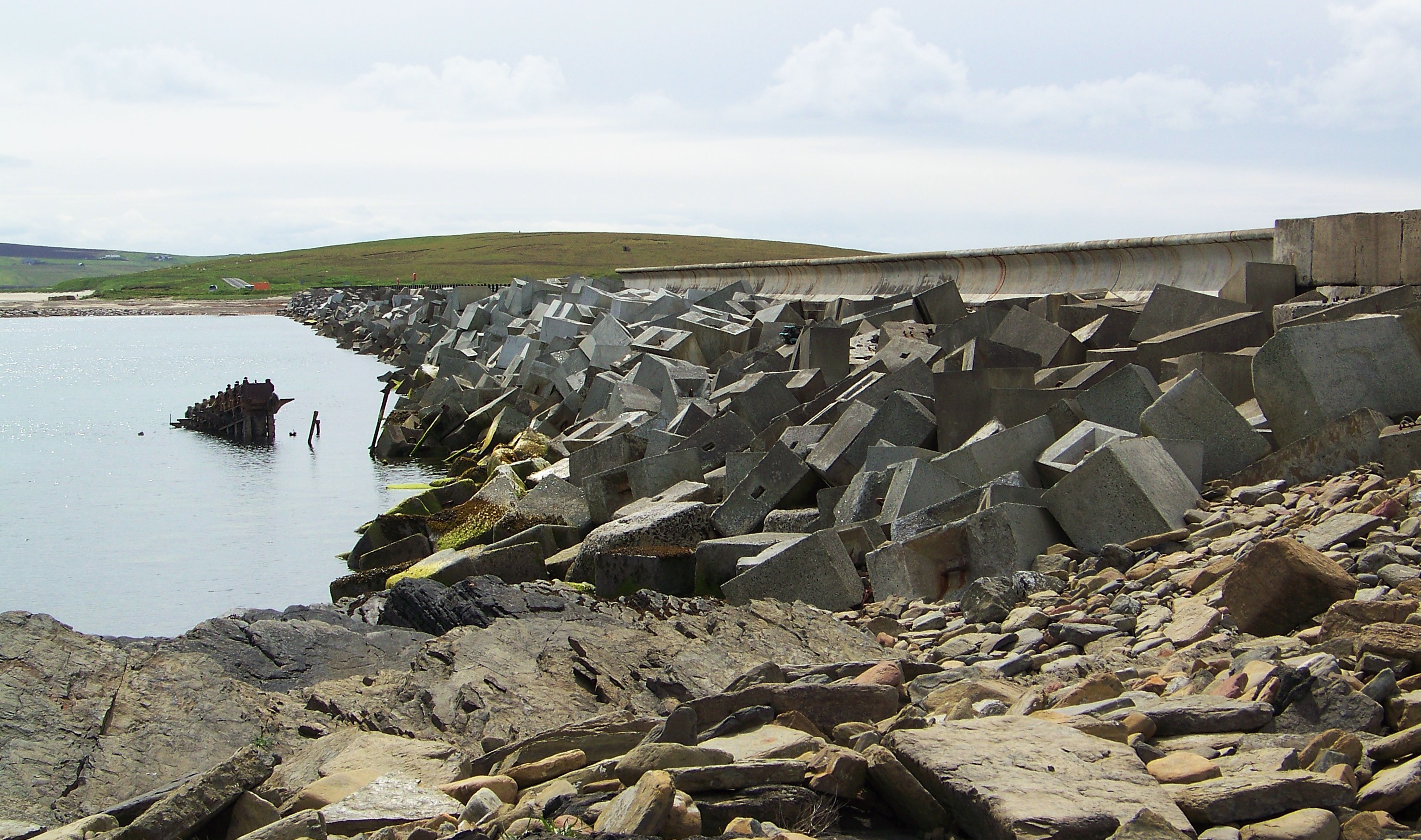 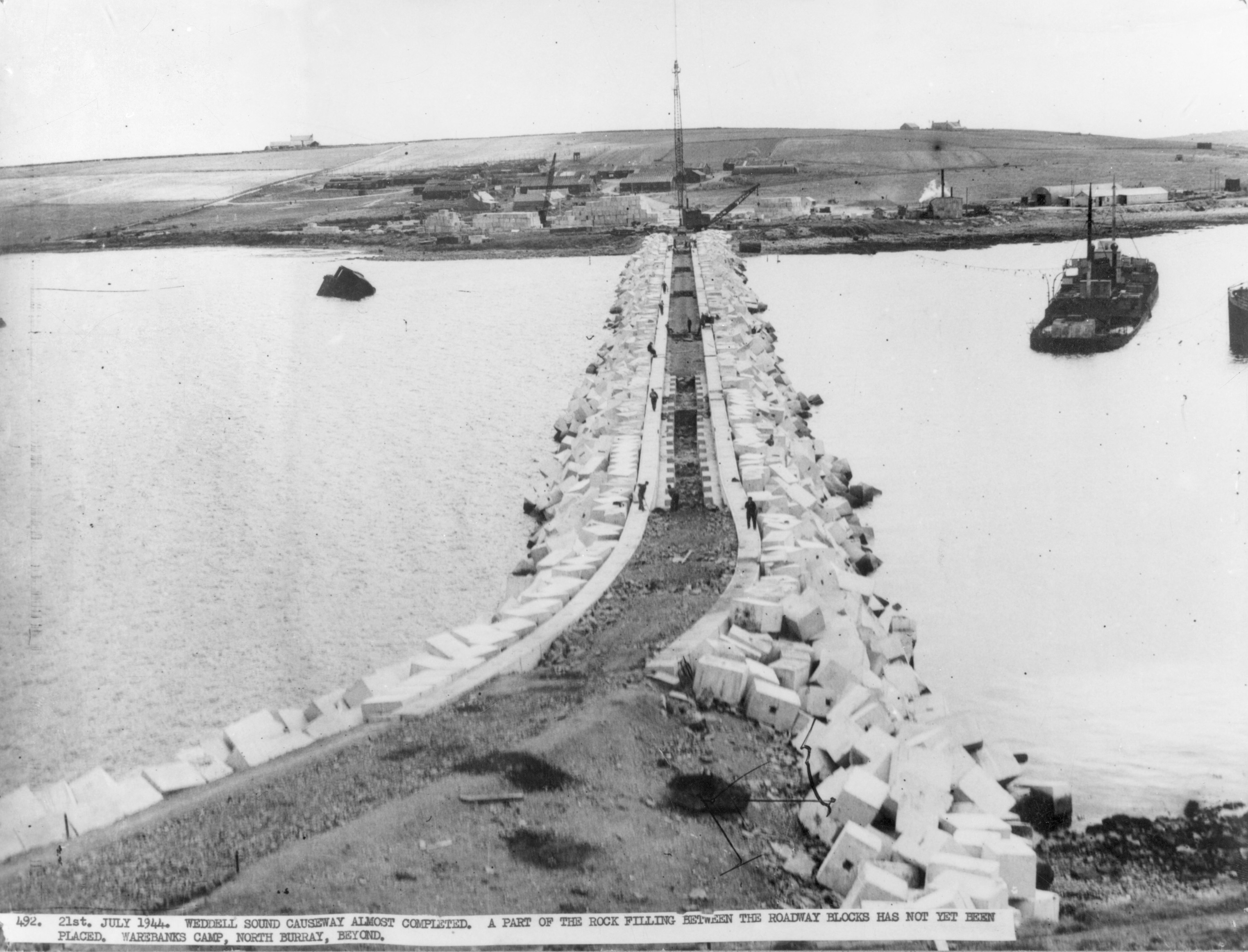 I managed to find one of the Orcadian prison guards to add to the mix, by then a retired dentist. He talked of how life away from family was gruelling, guarding warm-blooded passionate Mediterranean types for weeks on end in all sorts of freezing wet weather.

Camera and sound turning over, I called ‘Cut!” to ask why he felt he had suffered, not the prisoners.

White haired and sucking strong tobacco through a pipe, he paused while the smoke curled up to nosy seagulls above, and then uttered the words redolent of a Scottish compliment, which is to say, on the mean side. 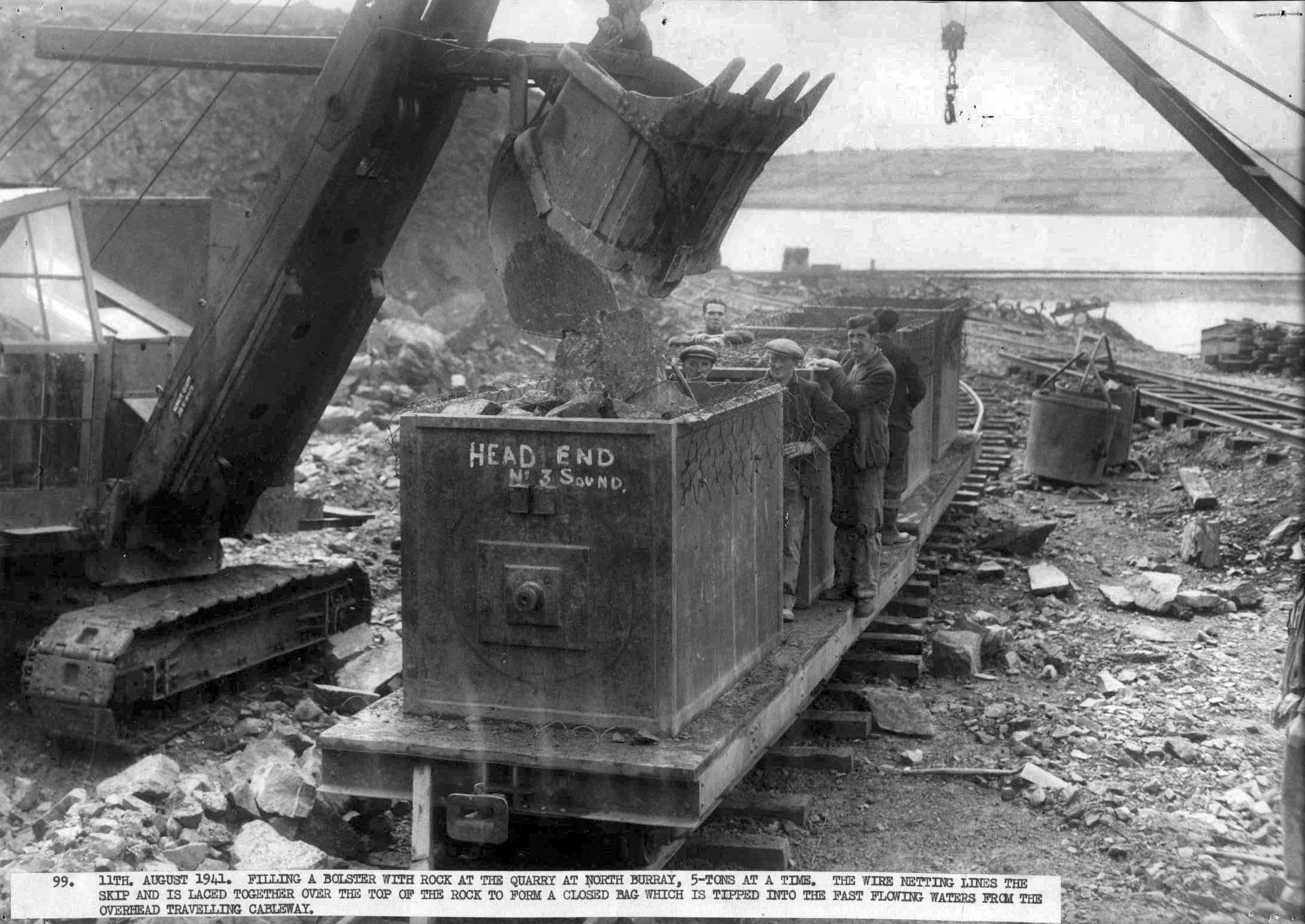 After interviewing the group, hearing their adventures, tales of some elements installed in the chapel stolen from under the nose of the guards, documentary in the can, BBC was happy enough to broadcast it narrated by a Scots-Italian with a voice as gravelly as any Mafioso don. 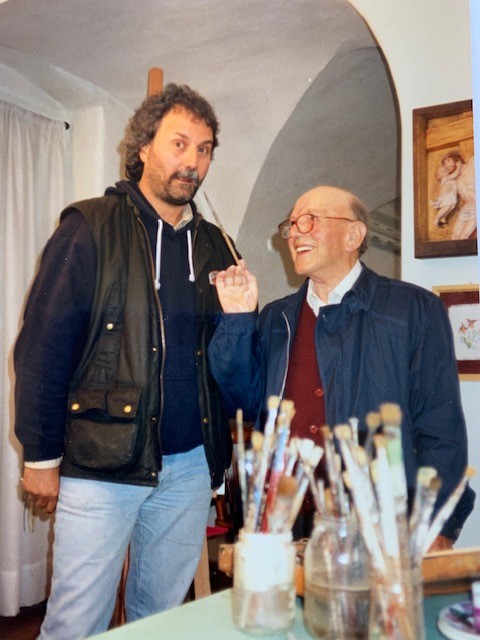 I am pleased to have put their time on film, lately told the work actually still exists in a BBC vault somewhere. It ought to be on a loop in the chapel for tourists to see how people are capable of forgiveness for what they do in the madness of war.

As for the Italian Chapel, art and poetry will always issue from the conflict of humankind. 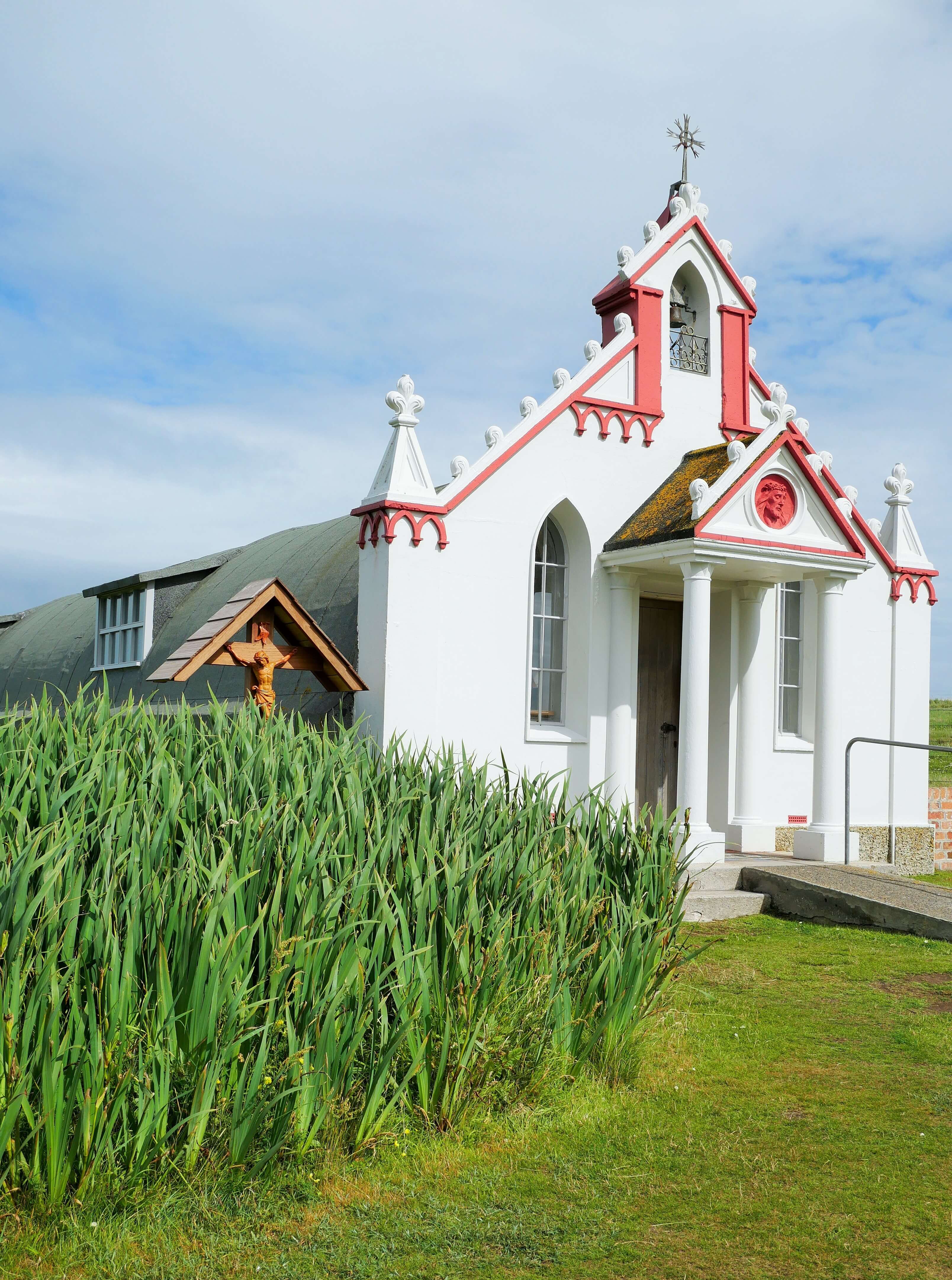 I returned to Orkney more recently to see my wife’s exhibition of Arctic paintings and prints, held in the Pier Art Centre, Stromness.

Barbara Rae is a Royal Academician artist who always spends time studying the people and terrain in a chosen locality before she creates a single sketch. 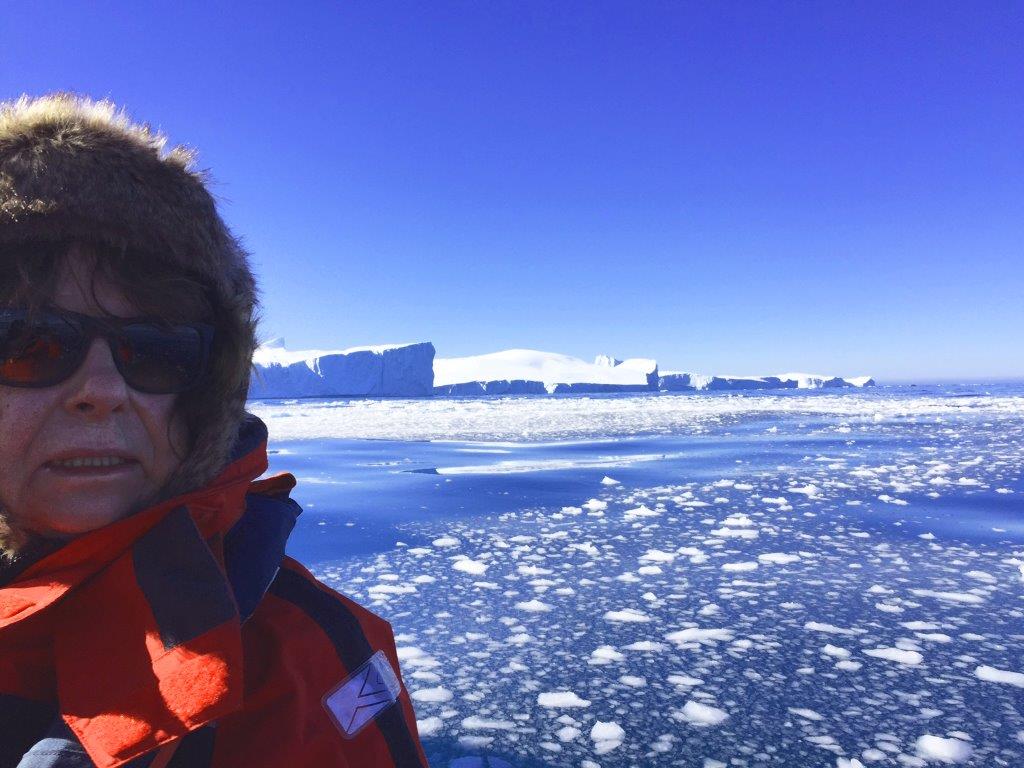 She was intrigued by Rae’s accomplishments, and his empathy with the Inuit tribes. 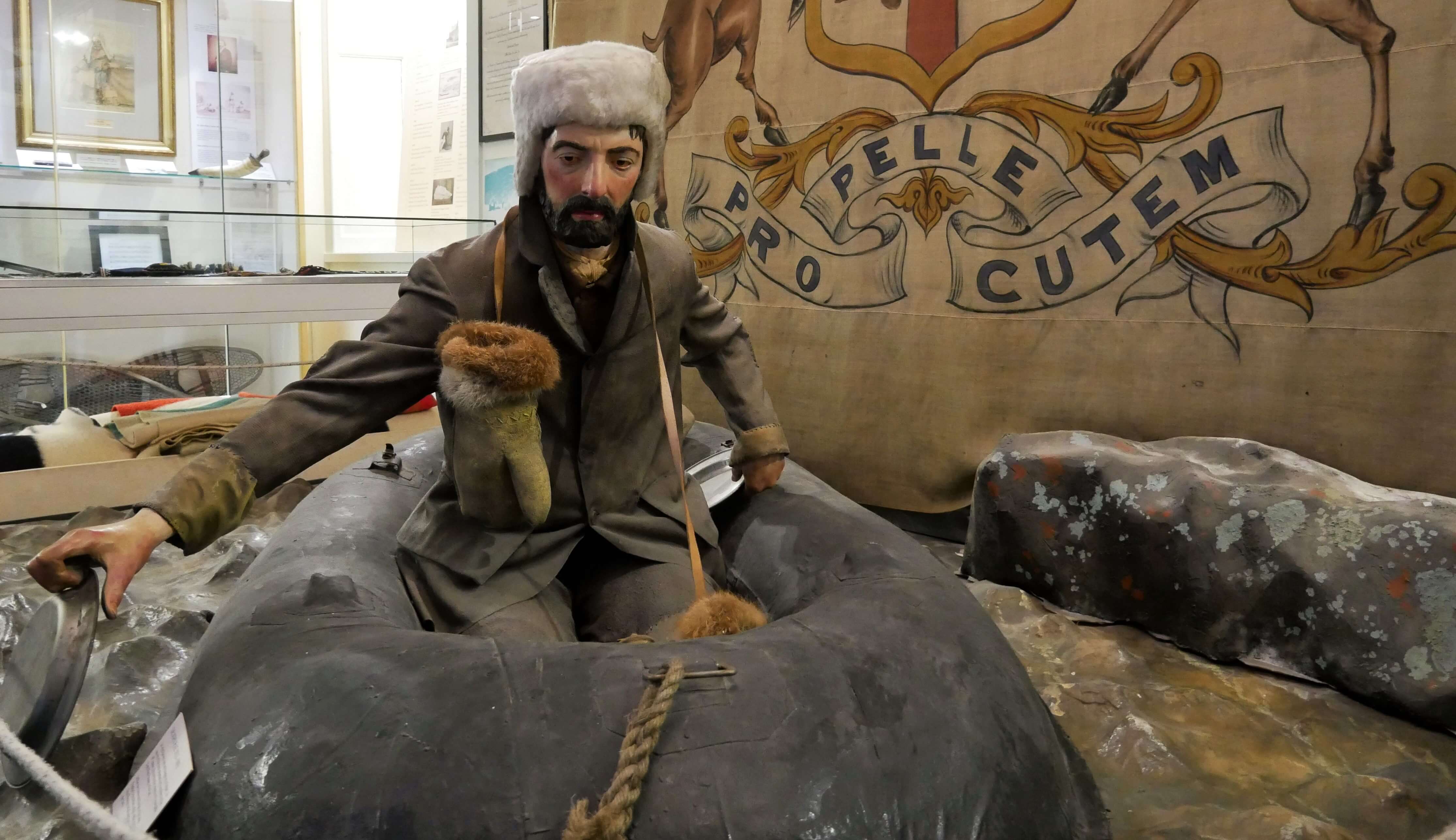 Weeks following in the footsteps of John Rae around the Northwest Passage and Hudson’s Bay resulted in a triumphant exhibition in Edinburgh’s International Arts Festival, putting to shame my parting farewell, “Why go to the Arctic? What a boring location, ice and more ice. It’s only white and blue there”. 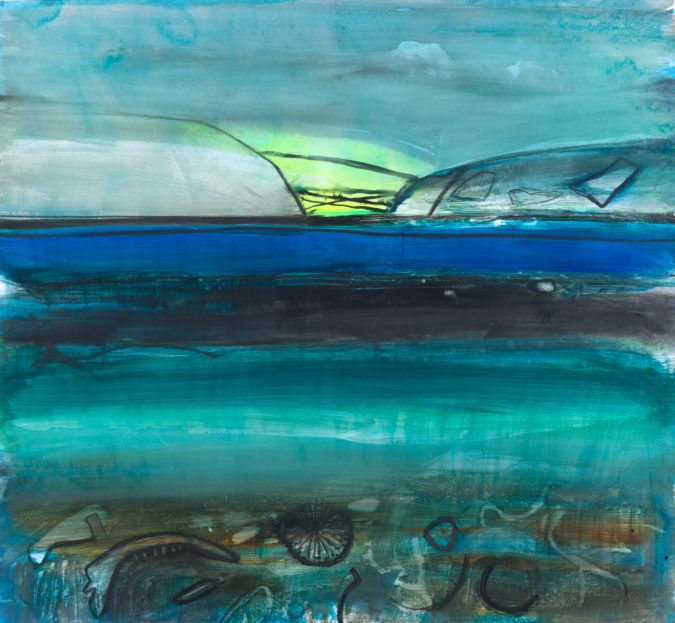 "Devon Island Beach" by Barbara Rae, RA. Image copyright is held by Dr Barbara Rae, who has given us permission to use it here.

Selected works were transported to Stromness because of the association with John Rae. The Hudson’s Bay Company had a long tradition of employing Orcadians.

On the day of the preview, against all talk of Orkney as a whirlpool of metrological soup, the weather again was idyllic. 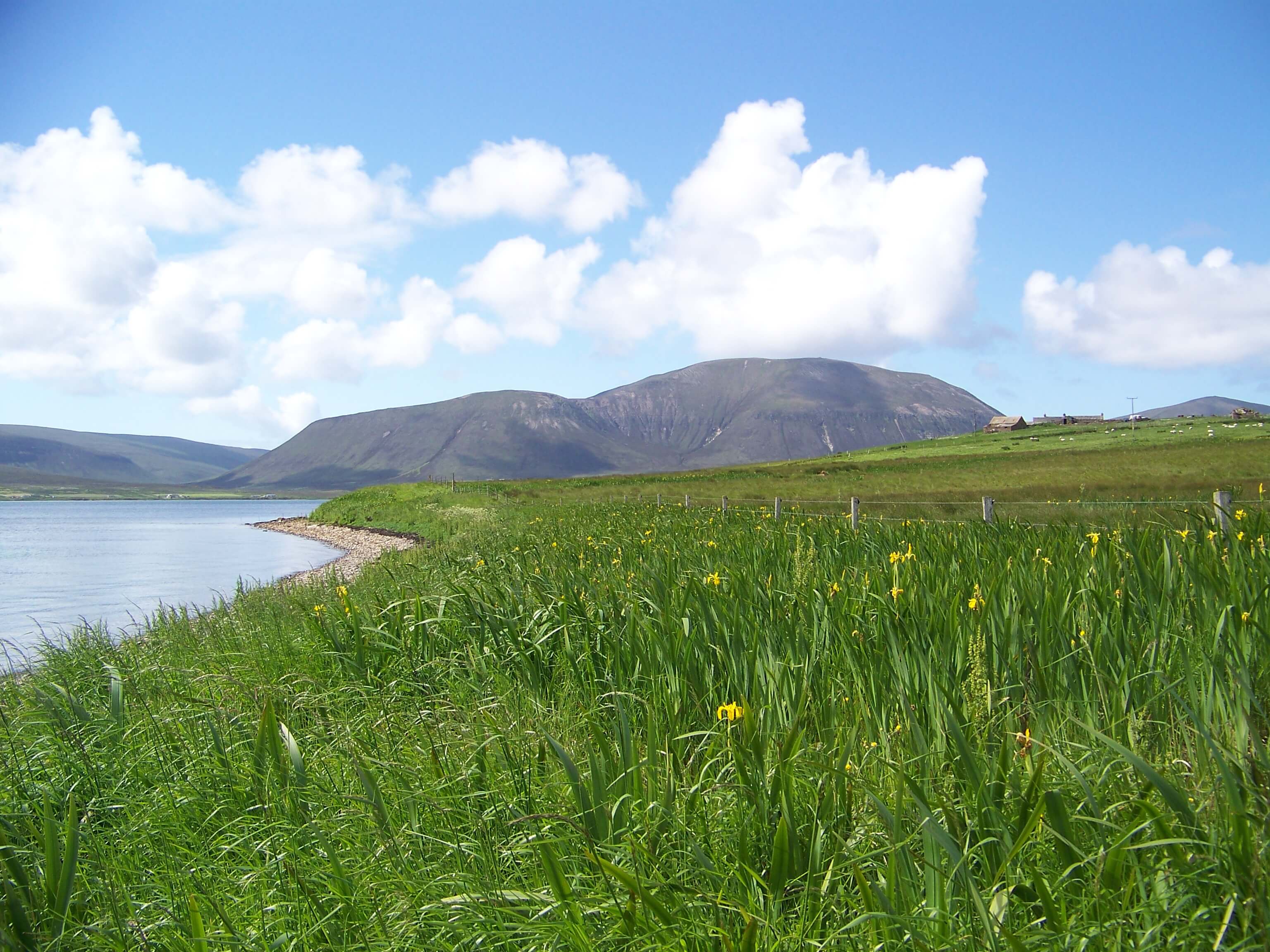 It was through my wife that I met and made friends with Tom Muir, folklorist and story teller, and his wife Rhonda.

Orcadian social and political history sticks to him like honey on a spoon. His lyrical speech patterns offer perfect evidence to the engrossed listener why linguistic experts consider people who live in the Highland and Islands speak the best, the purest English in the British Isles. 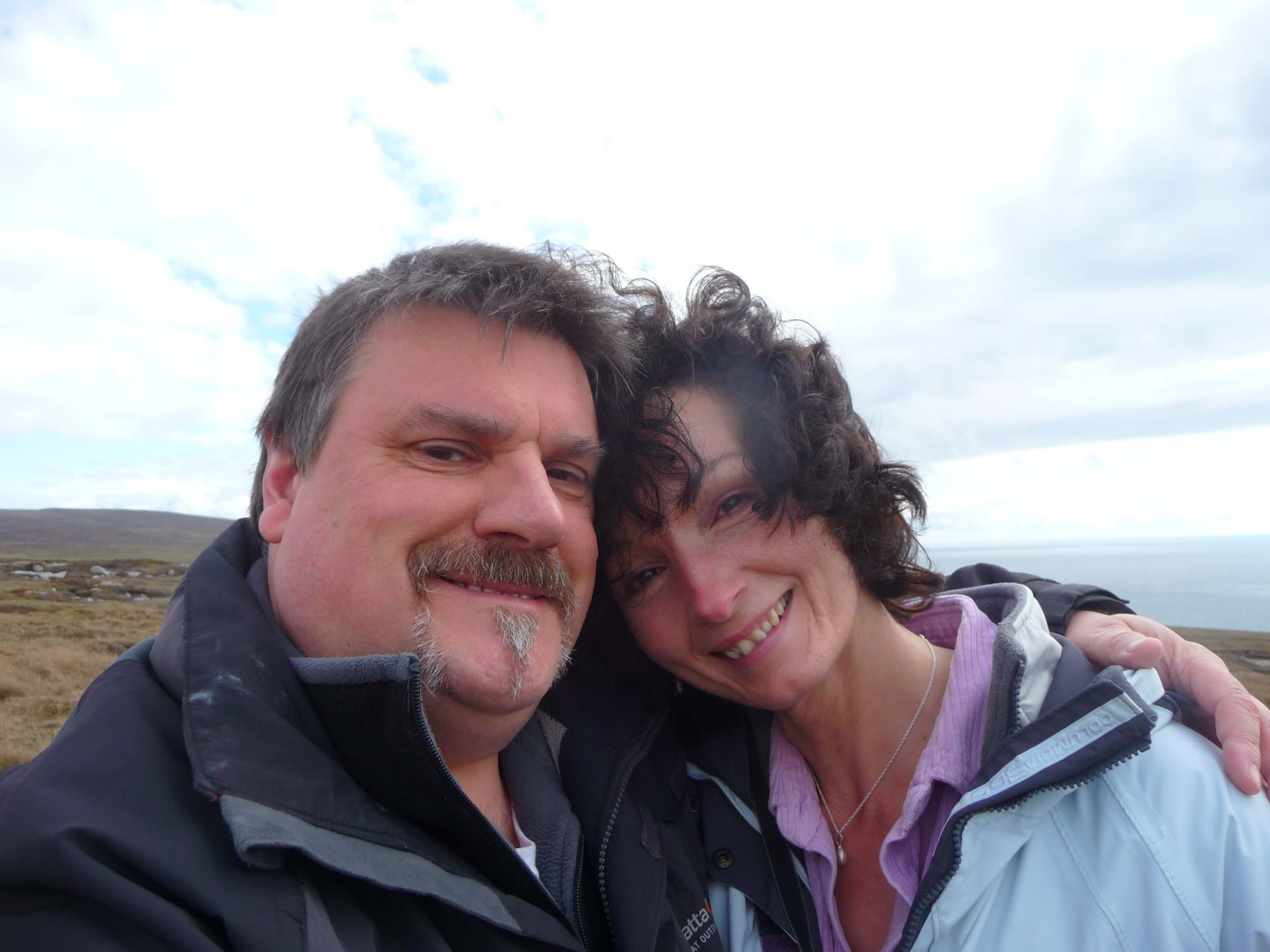 Tom took me on a tour of the ancient sites around the mainland, the prehistoric site of Skara Brae impressive.

For the expert in, and the curious about, the evolution of human community they cannot do better than begin in Orkney to see the beginnings of life on Earth. 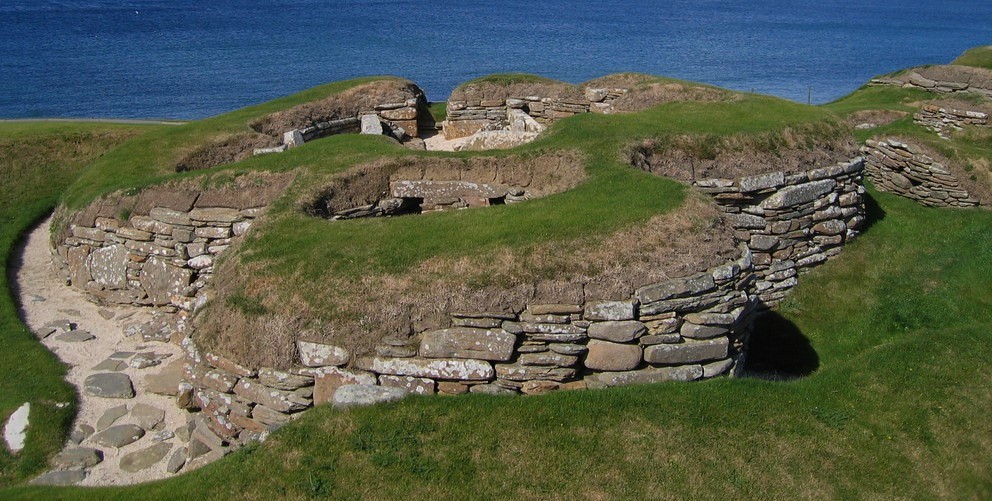 For me it was a good excuse to visit Stromness again, but this time the weather was as dire as locals warn, horizontal wind, rain and smirr.

Even the sheep looked miserable, yet they wear the best flying jackets money can buy. 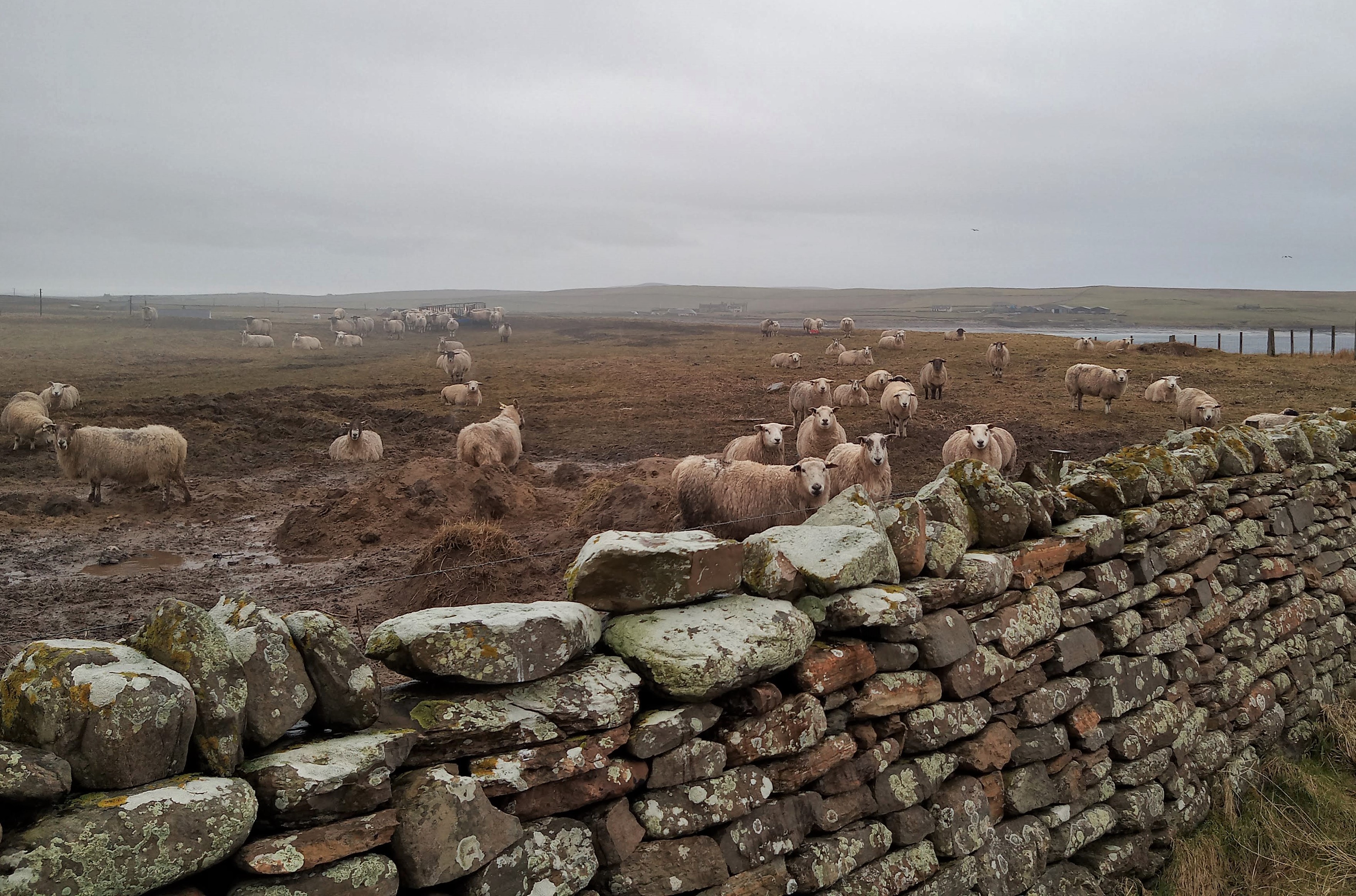 Orkney and the meaning of life

Time passes; age blurs memory, the flattery of strangers fade. In all honesty, my visits to Orkney have not helped me understand the meaning of life, and if I ever did I’d probably fall about laughing.

Unlike Orkney, my Heaven is windless, warm all the time, a garden of deciduous trees and flowering shrubs, but if the real thing turns out to be Orkney where I have to throw a tennis ball eternally to entertain a sheep dog, so be it. 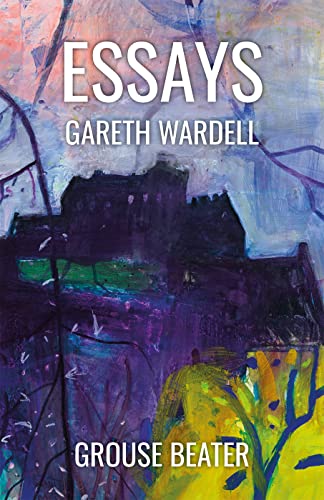 We hope you come back soon. 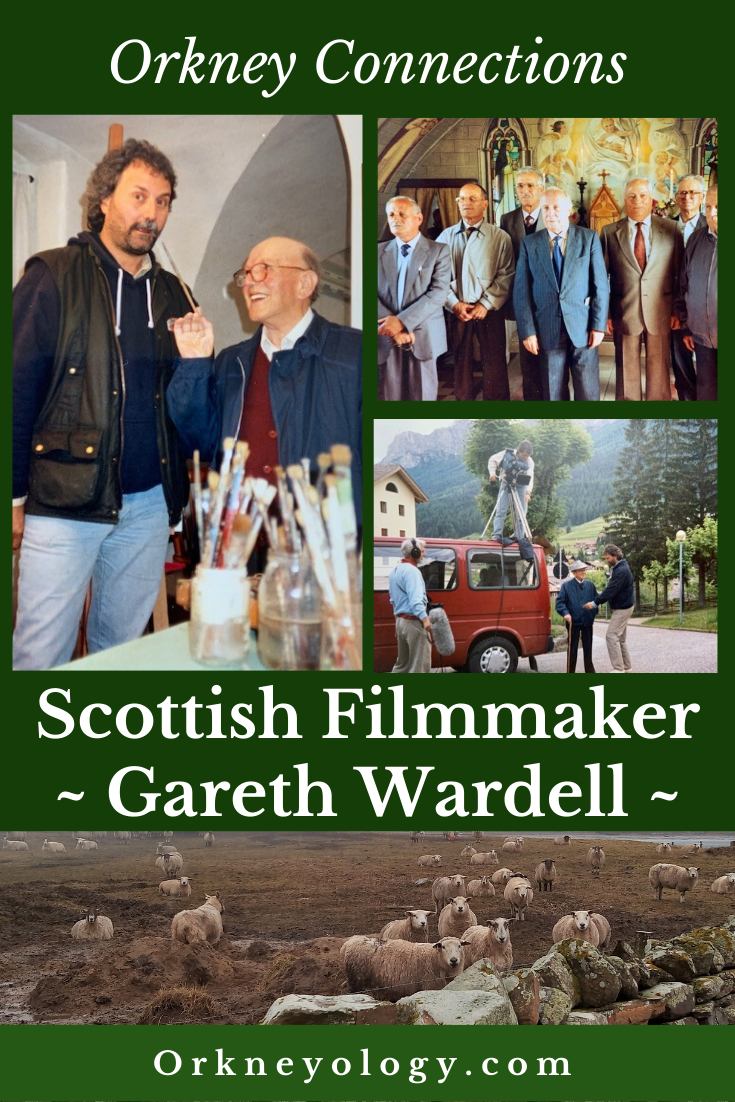