It was a chilly autumn evening in the heart of Neolithic Orkney.

I sat quietly at the Ring of Brodgar stone circle with a few others, waiting for sunset and reflecting on mysteries of the ancient past.

Awed by the splendor of this ancient ceremonial valley nestled in Orkney’s West Mainland, imagination flowed. Barefoot, I soaked up the earth’s comforting strength.

Time paused, as it will do in liminal places.

At last, the moment arrived. In unspoken camaraderie, we blissful watchers photographed the sun setting behind the Ring of Brodgar.

Then we all settled down and waited for the full moon to rise. 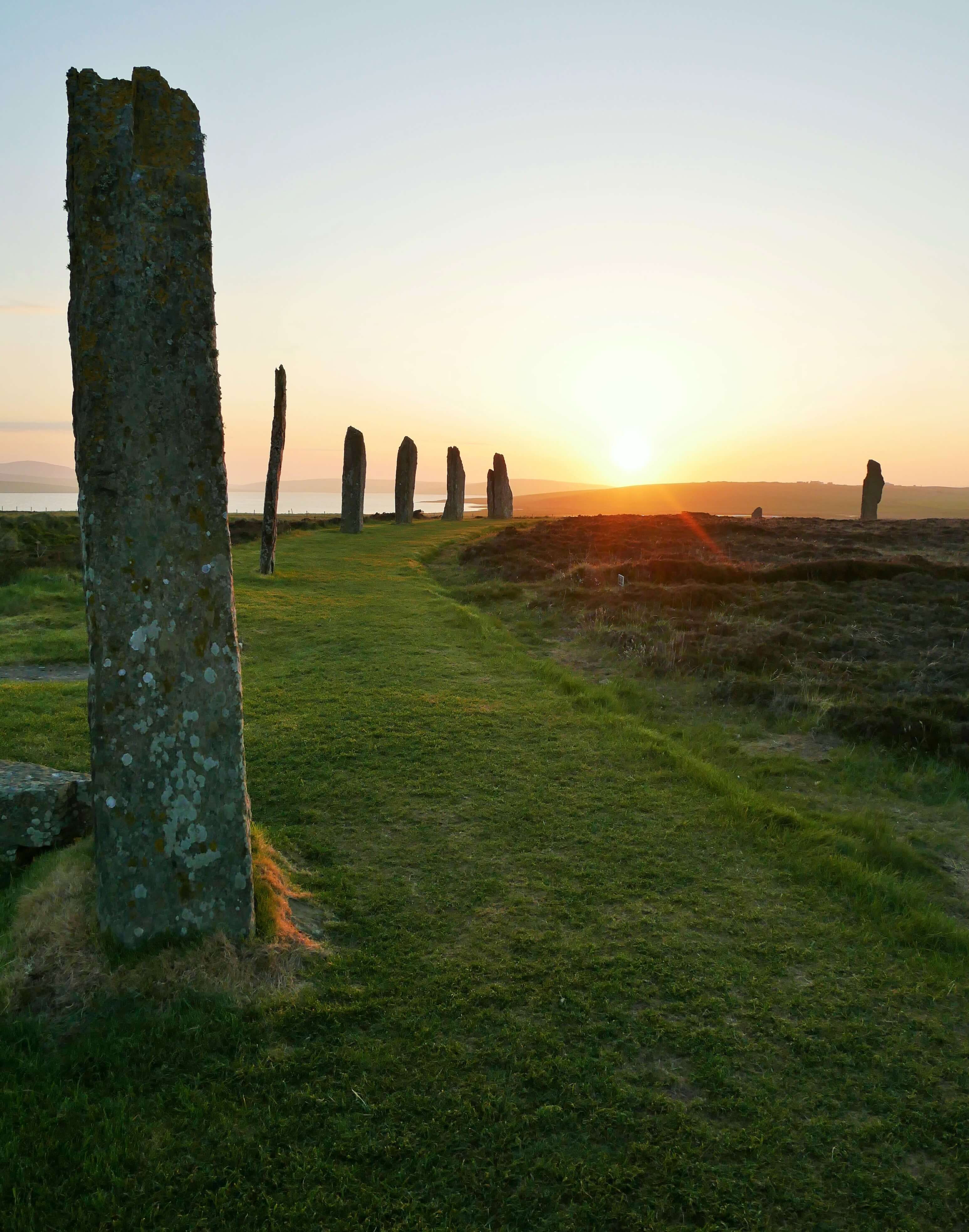 Skip down to visitor information

Orkney folklore has it that these standing stones were once giants.

It is said that one night, forgetful of the time as they reveled in their ring dance, the giants were caught unaware by the rising sun and turned to stone.

And here they must stand forever.

As silently as possible, we took our photos. Then one by one, the other visitors to this sacred place dribbled away.

I was left alone among the stilled giants standing forever in the heart of Orkney.

Mist came sliding into the valley .... 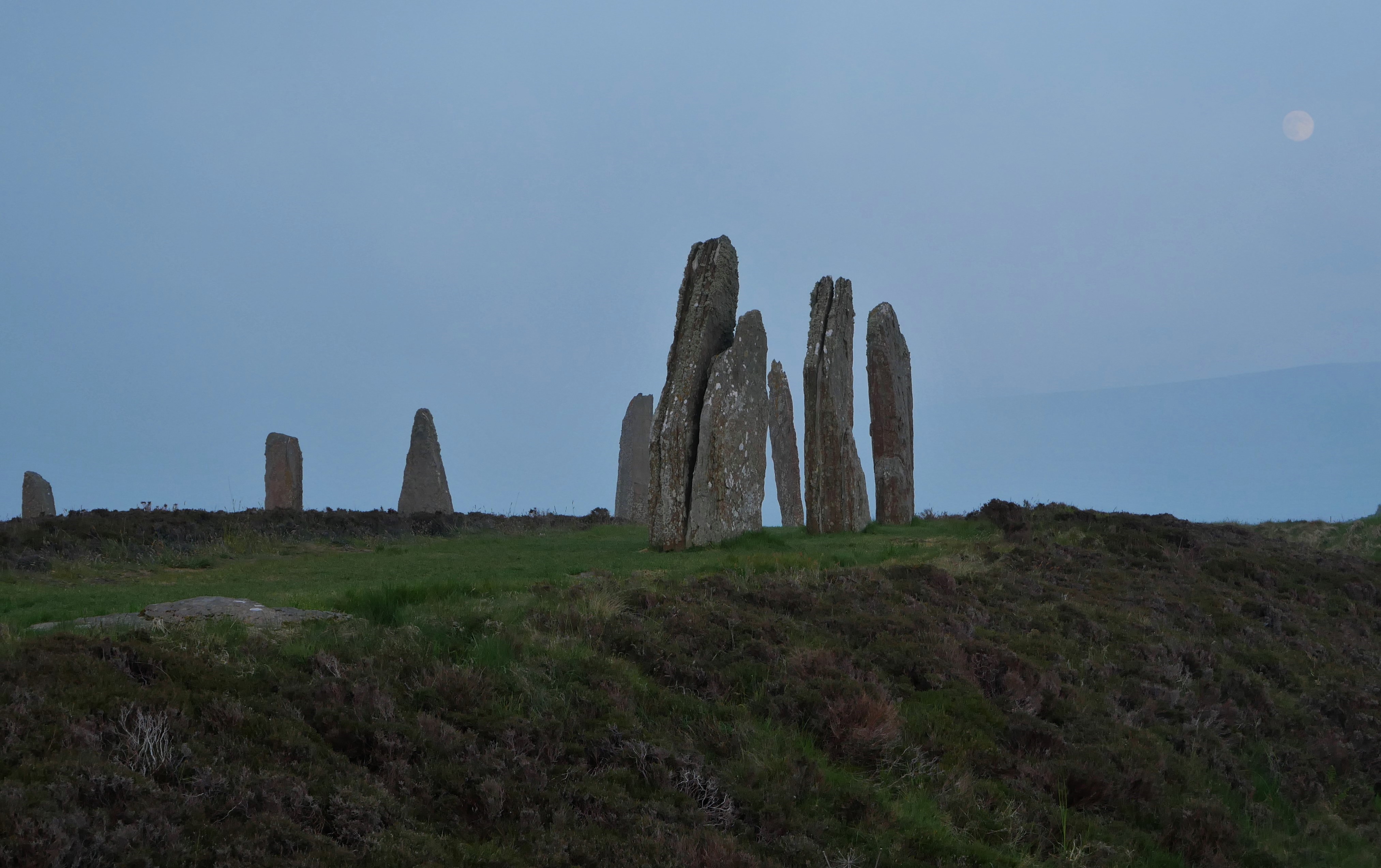 Who are you calling remote?

Forget what you hear about the Orkney Islands being "far-flung" and "remote." In Neolithic times, Orkney was the place to be, attracting pilgrims from at least as far as the south of what we now call England.

In addition to the Heart of Neolithic Orkney sites, an enormous number of other archaeological sites litter the landscape of these islands.

With an estimated three archaeological sites per mile, it's likely that many more historical treasures still lie undetected beneath the fertile landscape.

And so the story of Orkney's mysteries continues to unfold. 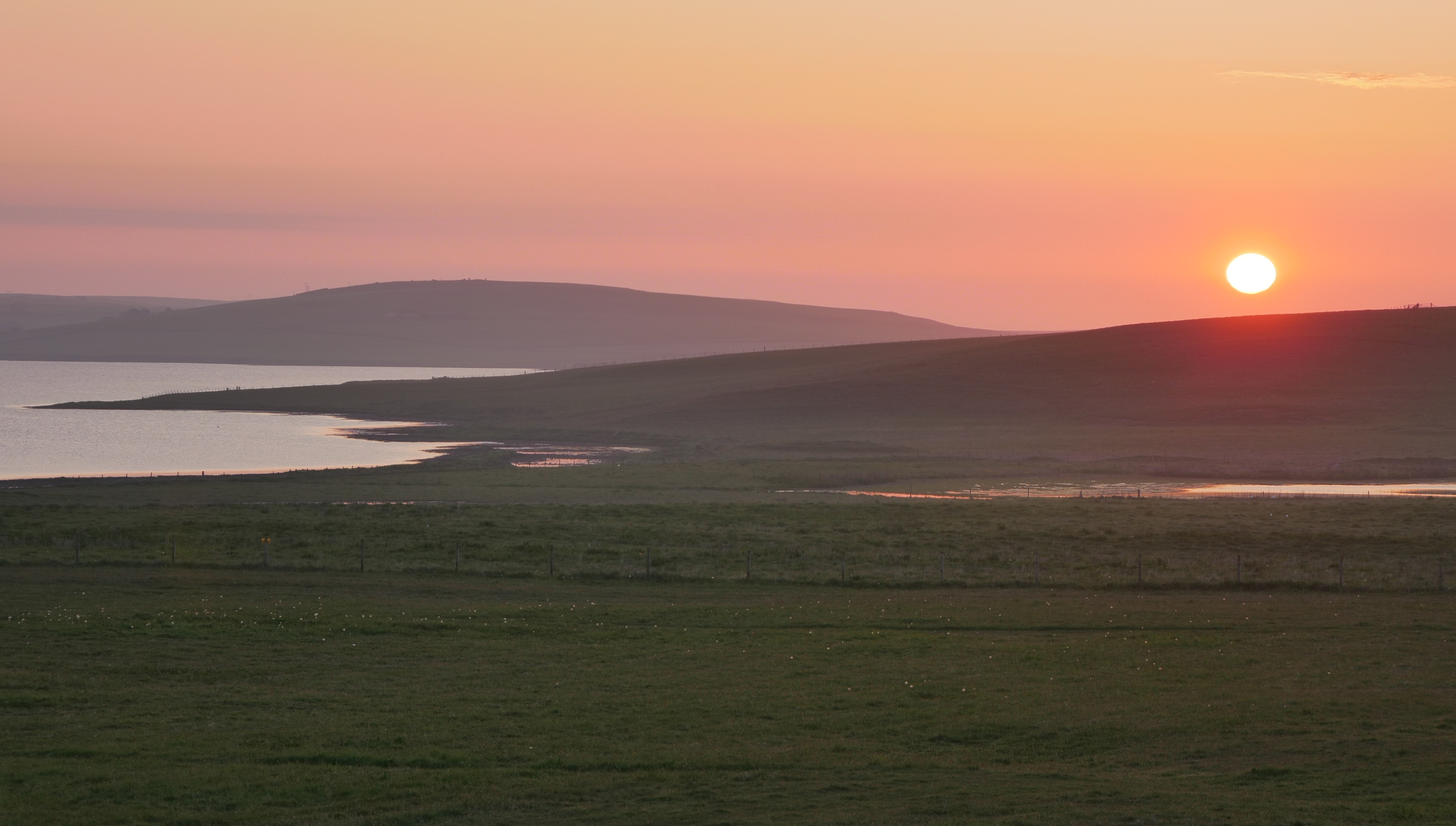 What is the "Heart of Neolithic Orkney?" 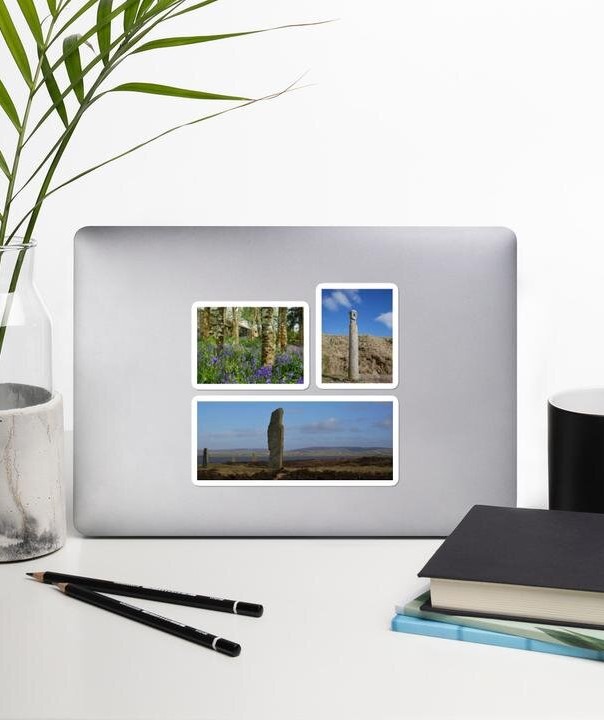 More Orkney gifts in our shop!

These are not isolated individual monuments.

The Ring of Brodgar, Stones of Stenness, Maeshowe, individual standing stones and mounds containing Neolithic tombs and Bronze Age burial mounds all rest together in the same valley. The amazing Ness of Brodgar ceremonial complex is placed purposefully in their midst.

Many of Orkney's Neolithic sites seem to be interconnected for reasons that we can only guess.

So go ahead and let your imagination roam .... 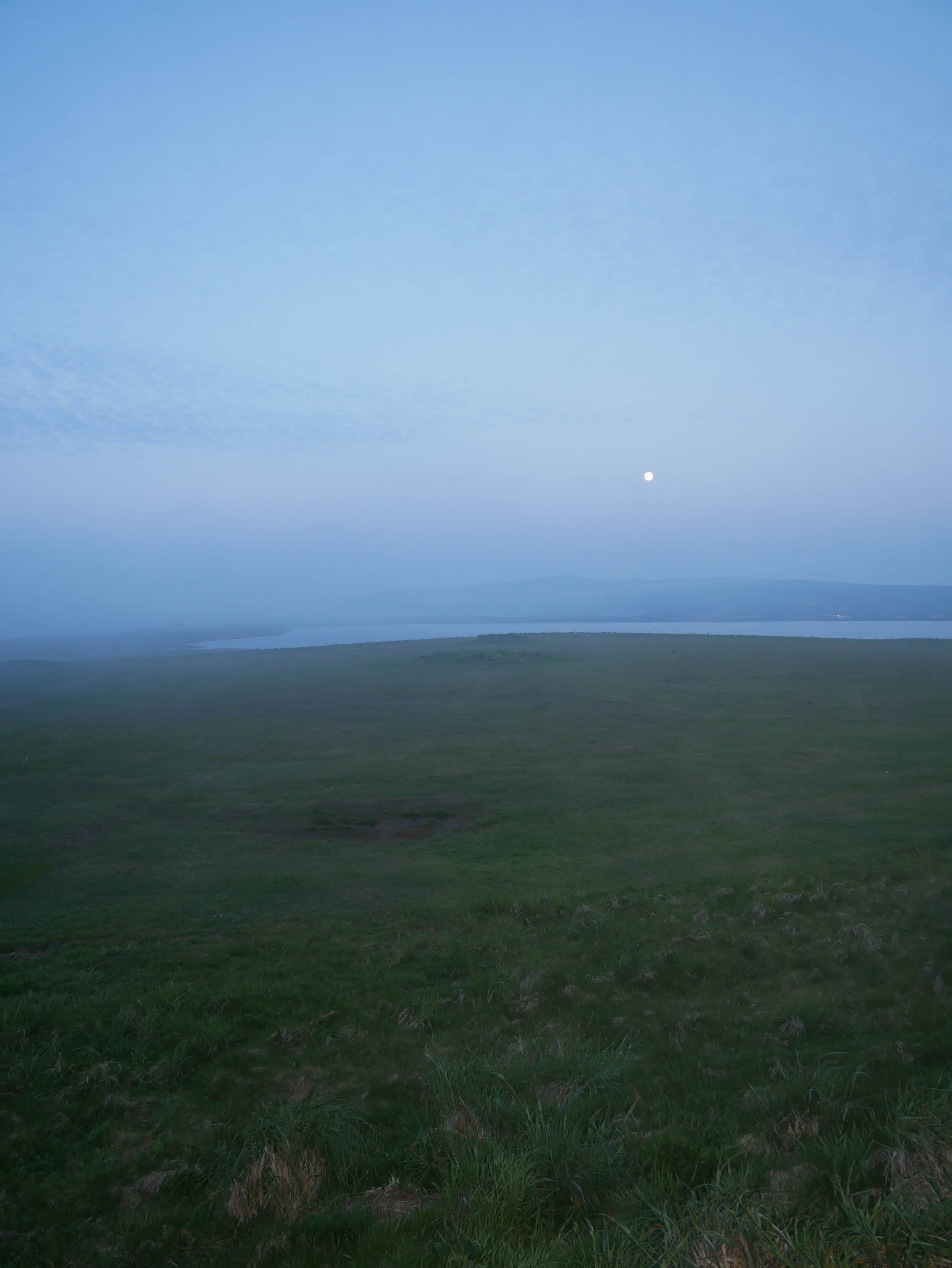 Discover  the Heart of Neolithic Orkney 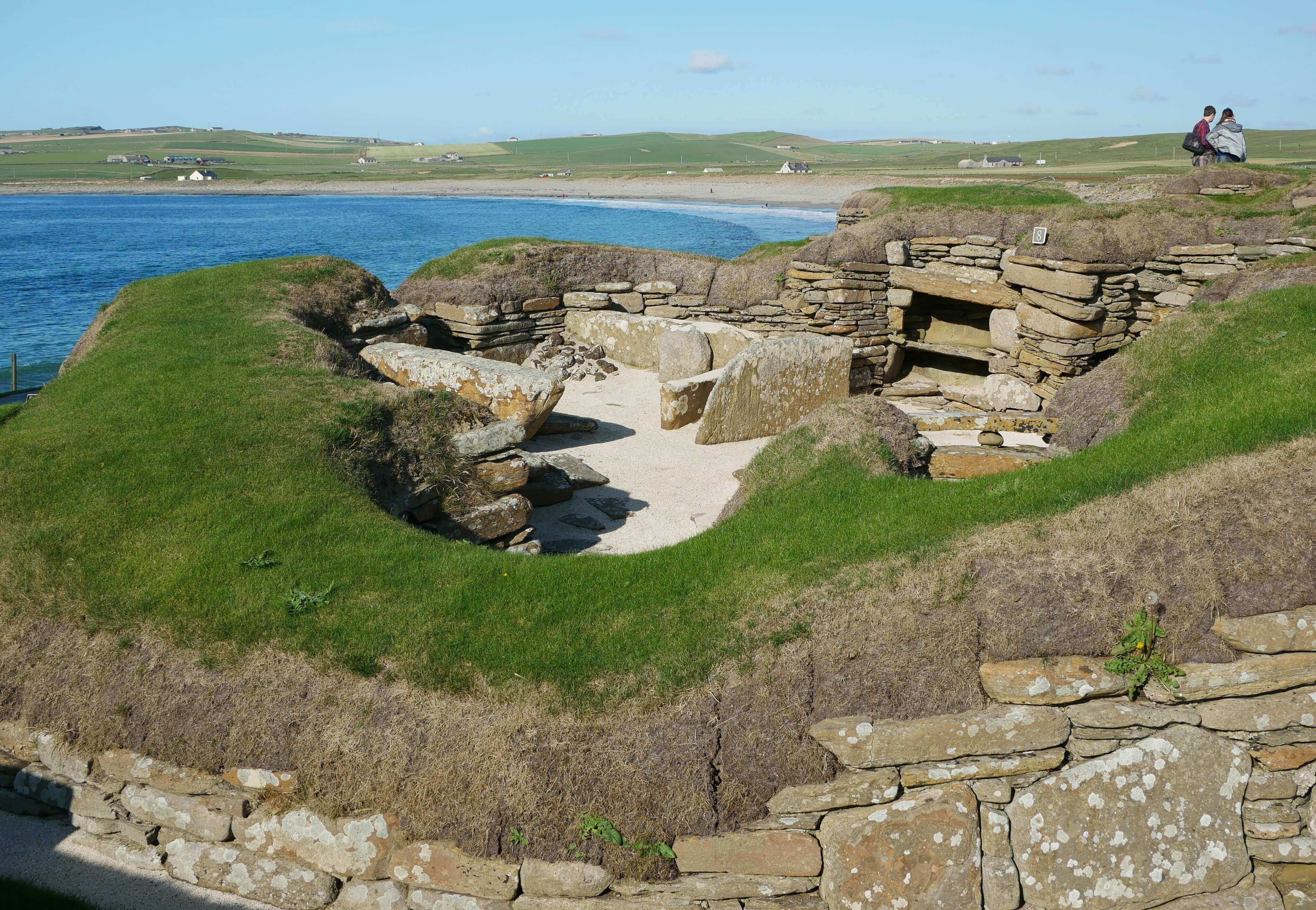