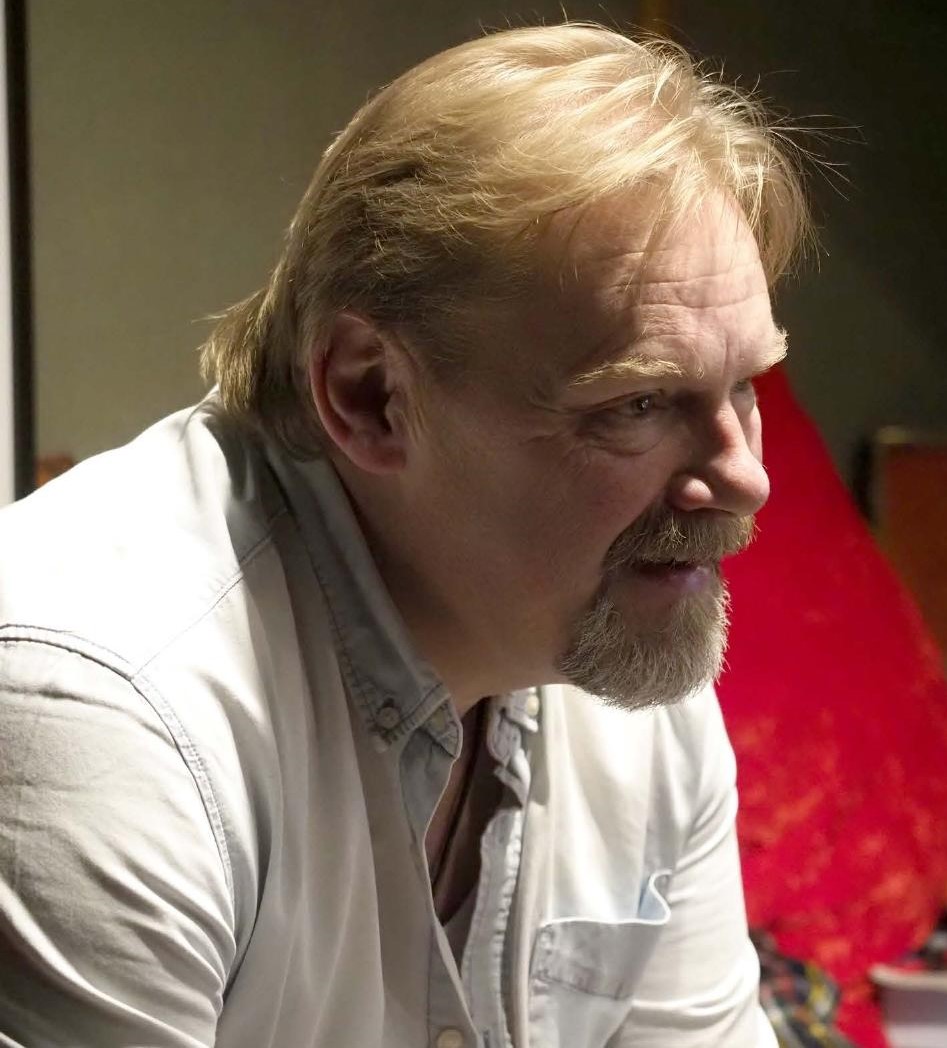 One of the positive things to come out of lockdown for us was meeting Colin Urwin through wonderful online storytelling sessions hosted by our friend, storyteller Liz Weir from Northern Ireland.

He's quickly became a good friend, and we're so looking forward to working with him in bringing out this unusual book of tales.

This page was hard for Colin to write. Like Tom, Colin was brought up believing 'self praise is no recommendation,' but it will be easy to see his talent for yourself when The Madman's Window comes out with Orkneyology Press in 2022.

'Walk south for about a mile and a half along the coastal path from the village of Glenarm in the Glens of Antrim, and you will come across a beauty spot known as The Madman's Window. It is a natural rock arch which frames a portal that gives out to the North Channel and the Mull of Kintyre beyond. It looks as though great blocks of white limestone must have been neatly carved and set by the hands of a giant a long, long time ago.'

(From The Madman's Window)

The actual Madman's Window is a geological anomaly on the northeast coast of Ireland. From it I have borrowed the name for the title story of a book I have been working on throughout lockdown.

I am delighted to announce that it has been accepted for publication by the lovely Rhonda and Tom at Orkneyology Press and is due out in 2022. 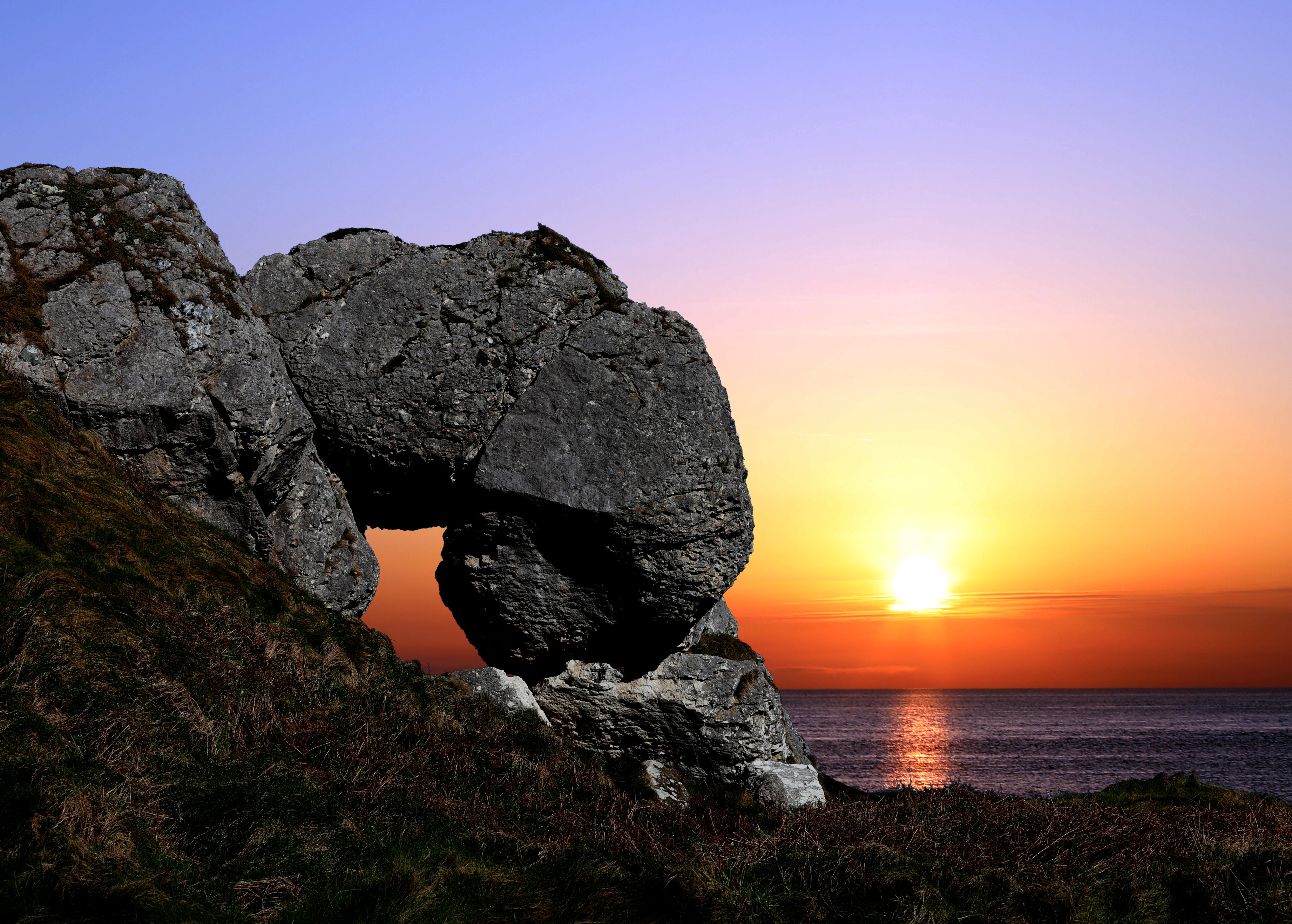 The Madman's Window is a collection of folk tales that I hope will transport the reader to times past when battles, shipwrecks, wolves, ghosts, faeries, shape-shifters and oral storytelling were all part of the everyday lives of native Glens folk.

It will be a mixture of self-penned stories based on local legend, folklore and history, and many traditional stories, re-imagined and retold.

I am also very excited that the charming and wonderfully talented Katherine Soutar has agreed to come on board with the project.

I have only had a little taster of the magic and mystery she has in mind and I genuinely cannot wait to see more. Suffice to say the book will be beautifully illustrated throughout! 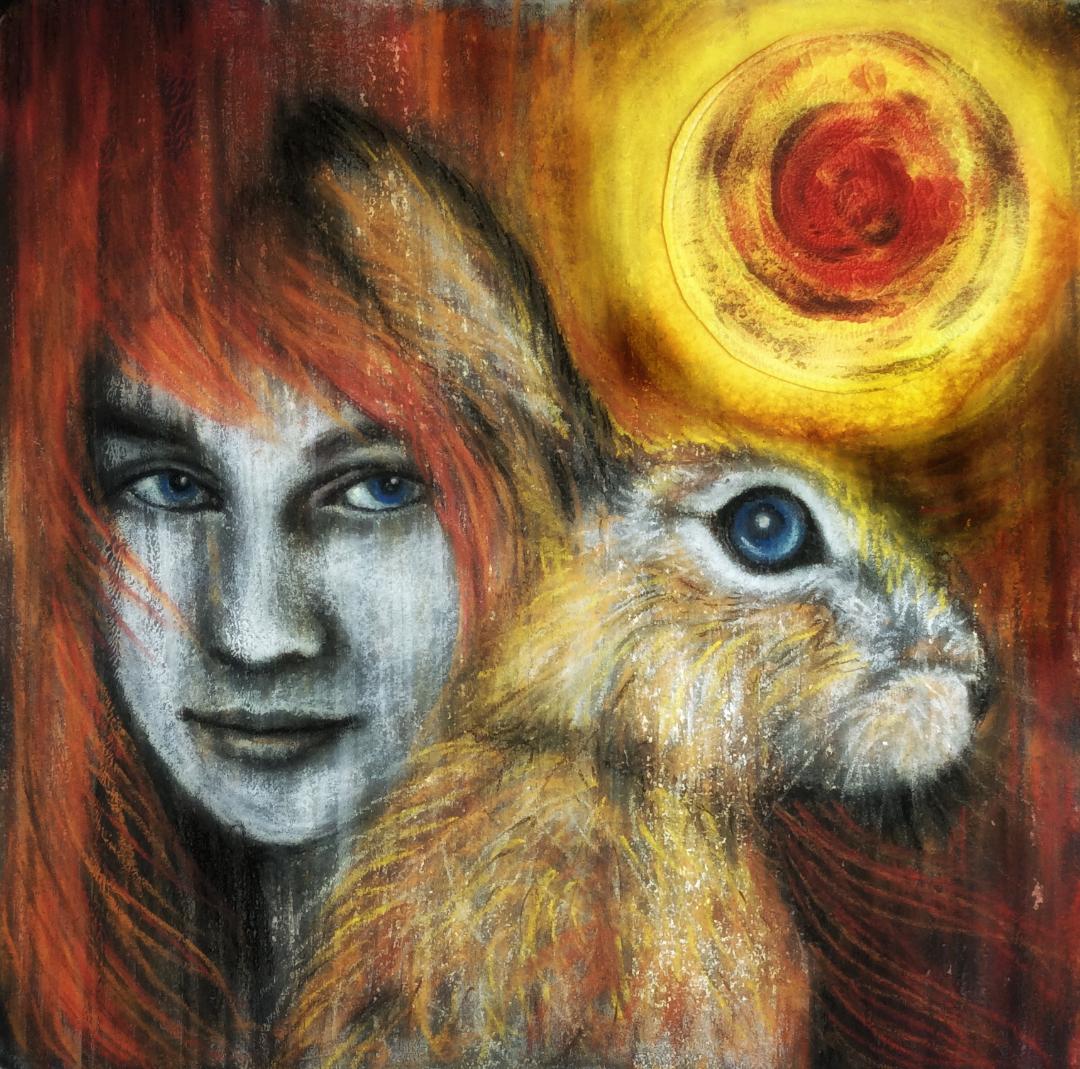 Katherine's "Golden Hare" ready for one of Colin's stories

The Kingdom of Dal Riata

Isolated from the rest of Ireland until the middle of the 19th Century, the coastline between the port town of Larne north to Rathlin Island, with its magical natural landscapes and long maritime heritage, is exceptionally rich in history and mythology.

Known as the Glens of Antrim for generations, 1500 years ago this region was the southern half of the ancient Kingdom of Dal Riata, with the Sea of Moyle linking it to what is now the Inner Hebrides.

For many centuries people have moved back and fore across this narrow stretch of water to trade goods and livestock and find husbands and wives.

Songs and stories made the journey across the sea too and with this in mind, I have expanded the scope of this book to include folk tales from a few Hebridean islands.

The only conditions I have set for stories to be included in The Madman's Window is that they must, to my ear at least, sound as if they have their origins on this side of the Sea of Moyle and, perhaps more importantly, that I like telling them! 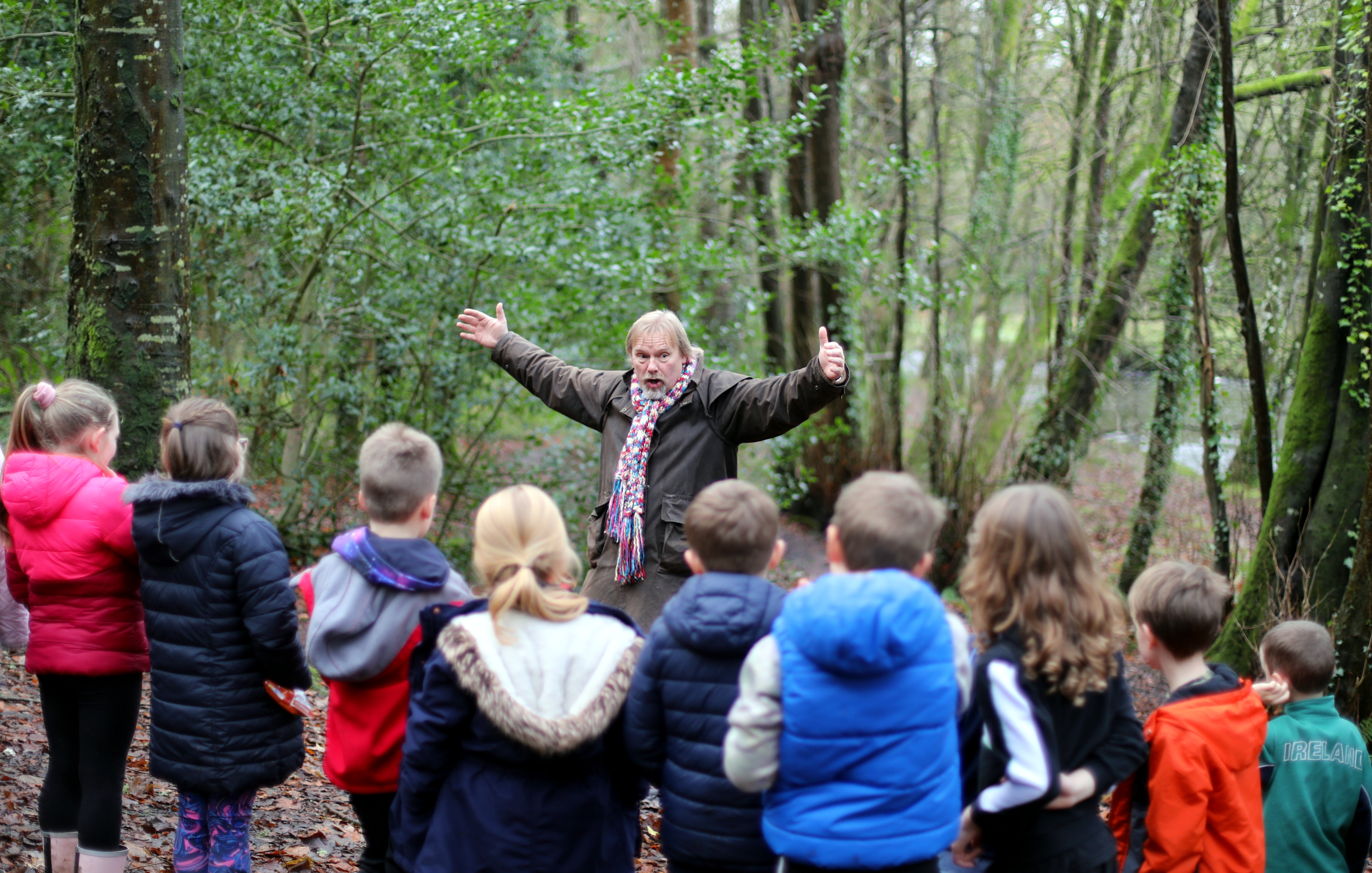 A (modest) bit about Colin Urwin

I am a folk singer, songwriter and storyteller from the north of Ireland. Mainly influenced by Irish and Scottish music, I have been playing and singing folk songs for over four decades. In March of this year I released my first album of original material, 'A Kind of Love Song'.

In recent years I have been working closely with Liz Weir MBE on a variety of exciting live, virtual and recording projects.

I regularly sing and tell at local storytelling venues, schools and community groups and I have performed at the Glens Storytelling Festival. This year I am very excited to be appearing at the Festival at the Edge!

As well as my self-penned stories, I also tell many traditional Irish and Scottish folk tales and perform the odd recitation.

It has been said of me that I am '...keeping alive the tradition of the Seanchaí.' I like that idea.